(Petroglyph159) Ulises Labaronnie - A Place In The Silence 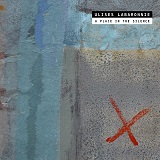 audio
(Petroglyph159) Ulises Labaronnie - A Place In The Silence We welcome Ulises Labaronnie to our label.

A PLACE IN THE SILENCE / ULISES LABARONNIE

Born in Buenos Aires, Argentina in november 1972, he was early attracted by science,
specially astronomy, archaeology and paleontology.
Collaborating when he was still a young boy with the Natural History Museum of Buenos Aires,
also traveling with professionals to search for dinosaur in remote patagonian landscapes.

He dedicate to experimental music since he was 20 years old, developing a style influenced by many branches of the music,
including ambient music, electroacoustics, contemporany and classical music, ethnomusicology and electronics.
His attraction to translate plastic ideas into music guided him to work with many abstract painters.

He move to Patagonia in the middle 90´s where he organize an group of music "Ensamble Circular",
where he leads the composition & production, making 12 years of recordings and tours all way long Argentina and Chile.
He also made music for films, theater, dance and videogames.

He start to work with the plastic artist Silvia Goytía in 2011, traveling with her to Paris,
France to present "Union Analogue" at the "Cité Internationale Des Arts".
An video animated work with her paintings and sculptures were presented there.
In Oslo, Norway,
he recorded "The Kingdom Within" with the trumpet player & producer Arne Hiorth.

As video maker he did many musical videoclips about his work, a short-movie: Erosion with Sebastian Heynig and too with the same author,
the documentary "Trip to oblivion" about transhumance in patagonia desert and mountains.

He resides in Buenos Aires, where he creates and present his works in concerts, festivals and on the internet.

Uploaded by Petroglyph Music on October 5, 2013